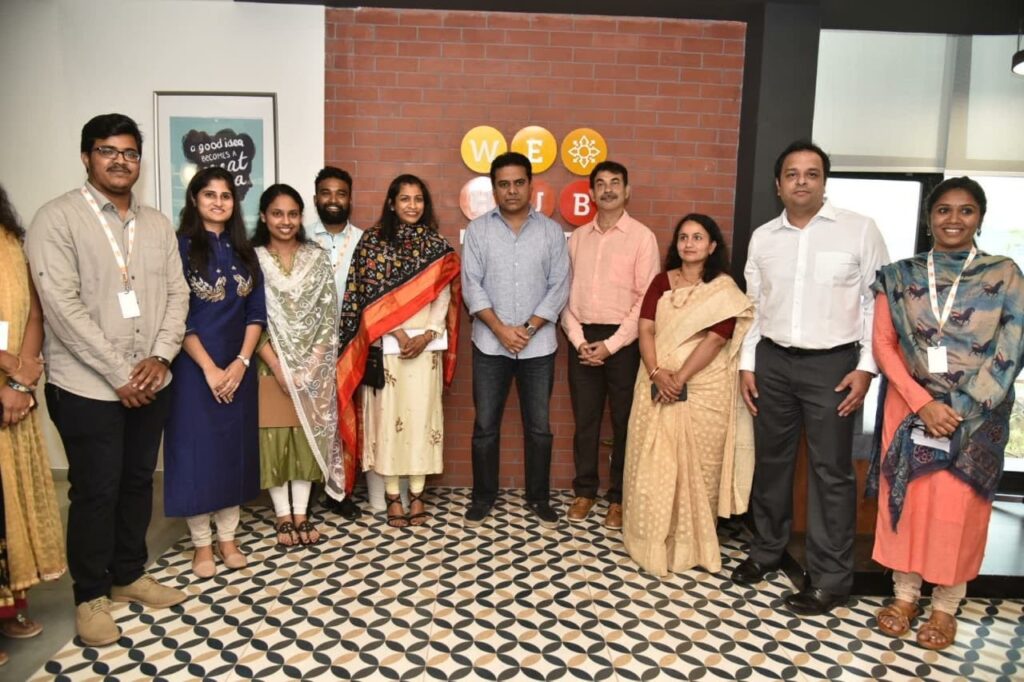 “Our economy and society reach its full potential only when women are empowered.”

The Government of Telangana through G.O.Ms.No. 7 dated: 27-07-2021  has adopted the under-mentioned definitions for identifying and supporting Women Entrepreneurs & Women-led Start-ups in the State:

A women-led startup is a startup registered either with DPIIT (or) the Government of Telangana (or) an enterprise registered through Udyam registration with the Ministry of MSME, GOI, which meets the following criteria:

At the time of registration, the startup should be owned and controlled by a woman or a group of women having a minimum financial interest of 51% of capital in the startup.

Subsequently, even after funding rounds, at least 33% of the startup should be owned by a woman or a group of women with:

I. At least 33% of the votes in the Board of Directors being held by women

A Woman Entrepreneur is defined as a woman that meets any one of the following criteria:

I. The woman should be a founder or a co-founder of a registered start-up either holding voting rights in the Board of Directors or holding a leadership role in the start-up.

II. The woman should hold a minimum financial interest of 20% of capital in a registered start-up with voting rights in the Board of Directors or holding a leadership role in the start-up.

Registered users will be provided assistance in compliance services to enable them with necessary tools which help them adhere to their duty & comply with relevant laws and regulations, as well as register their enterprises, furnish accounts, apply for loans, IPR, license counselling etc.

This scheme aims to empower women by providing credit to projects, conducting specific training and counselling, and eliciting information on related needs. The scheme provides for a government grant of upto 30 percent of the total project cost as appraised by lending institutions. These institutions would finance the other 70 percent.

Offered by Small Industries Development Bank of India (SIDBI), this scheme provides financial assistance of up to Rs 10 lakh to set up a new small-scale venture. It also assists with upgrading and modernisation of existing projects. The loans are to be repaid within 10 years, and this includes a five year moratorium period. Further, interest rates on these loans can vary according to market rates.

This general government scheme for small units is also applicable to women who want to start a small enterprise such as a beauty parlour, tuition center, tailoring unit, etc. It is also useful for a group of women who want to startup together. Loans from Rs 50,000 onwards and upto Rs 50 lakh are sanctioned under this scheme. Collateral and guarantors are required only if the loan amount exceeds Rs 10 lakh. There are three plans under this: Shishu plan (loans upto Rs 50,000 for new businesses), Kishor plan (loans between Rs 50,000 and Rs 5 lakh for well-established enterprises), and Tarun plan (loans between Rs 5 lakh and Rs 10 lakh for business expansion).

This scheme applies to women entrepreneurs who have started a food catering unit. They can avail a loan of up to Rs 50,000 to purchase kitchen equipment such as utensils and water filters. A guarantor is required to secure the loan. After securing the loan, it can be repaid in 36 installments. Further, interest rates under this scheme as per prevailing rates and assets will be taken as collateral by the concerned bank.

It is offered to women who have majority ownership (over 50 percent) in a small business. The women also need to be enrolled in the Entrepreneurship Development Programmes (EDP) organised by their respective state agency. Under the scheme, an interest concession of 0.05 percent can be availed on loans above Rs 2 lakh.

This scheme involves a loan of upto Rs 20 crore for women business owners of manufacturing enterprises. Under the Credit Guarantee Fund Trust for Micro and Small Enterprises, there is no need for collateral for loans up to Rs 1 crore. The loans under this bank loan scheme are to be repaid in seven years. The scheme was implemented by Bhartiya Mahila Bank which was merged with State Bank of India in 2017.

This scheme provides loans up to Rs 20 lakh for women entrepreneurs in agriculture, manufacturing, micro-credit, retail stores, or similar small enterprises. There is a concession of 0.25 percent on the rate of interest. Under the scheme, loans up to Rs 50,000 are offered under the microcredit category.

Women entrepreneurs between the ages of 18 and 45, who are involved in agriculture, retail and similar small businesses, can avail loans up to Rs 1 lakh under this scheme. Further, her family’s annual income should be below Rs 45,000 in order to avail the loan. However, no income limit exists for widowed, destitute or disabled women. For widowed, destitute or disabled women from SC/ST categories, a subsidy of 30 percent of the loan, up to Rs 10,000, is provided.

Offered by the Central Bank of India, this scheme is for women business owners in multiple areas such as agricultural work or retail trading. Under this scheme, loans up to Rs 1 crore are sanctioned and no collateral or guarantors are required. Interest rates on loans depend on varying market rates.

Mudra loan can be accessed and availed by contacting Commercial banks, Small finance banks, RRBs, Co-operative banks, MFIs and NBFCs. The rate of interest on MUDRA loans is 8.40% and 12.45% per annum. It provides three types of loans:

Stand-Up India Scheme Facilitates bank loans between 10 lakh and 1 Crore to at least one Scheduled Caste (SC) or Scheduled Tribe (ST) borrower and at least one-woman borrower per bank branch for setting up a greenfield enterprise. In case of non-individual enterprises at least 51% of the shareholding and controlling stake should be held by either an SC/ST or woman entrepreneur.

The scheme is administrated by Khadi and Village Industries Commission (KVIC) functioning as the nodal agency at the national level. PMEGP gives MSMEs financial assistance to set up a new project

Credit Guarantee Scheme (CGS) was established to reinforce credit delivery system and to facilitate the flow of credit to the MSE sector, create wider and convenient access to finance for unserved, under-served and underprivileged, from providing finance from conventional lenders to new generation entrepreneurs. Over the past 20 years, CGTMSE has been significant in providing guarantee cover to collateral & third party guarantee free credit facilities extended by eligible Member Lending Institution [MLIs] to MSEs.

UPsurge” is a Pre-Incubation for Aspiring entrepreneurs across India to support in giving life to their ideas into sustainable business models. 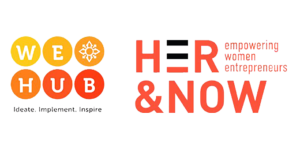 Telangana government has partnered with GIZ (Deutsche Gesellschaft für Internationale Zusammenarbeit GmbH) under the name of ‘Project Her & Now’ to promote and scale up aspiring and existing women entrepreneurs in Tier 2 and Tier 3 regions of Telangana State.

FLO Incubator@CIE-IIITH  is brought up by CIE IIITH in partnership with FICCI FLO Hyderabad. The incubation period consists of Bootcamps that help understand models for assessing ideas, validate & work on pitch decks, and Micro-accelerator programs that help entrepreneurs to develop sustainable strategies and biz models to accelerate their startups. 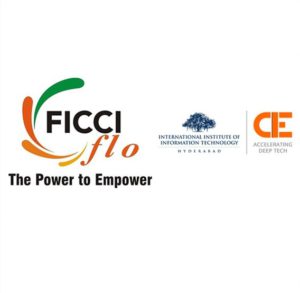